A Brief History of Money – Part 2 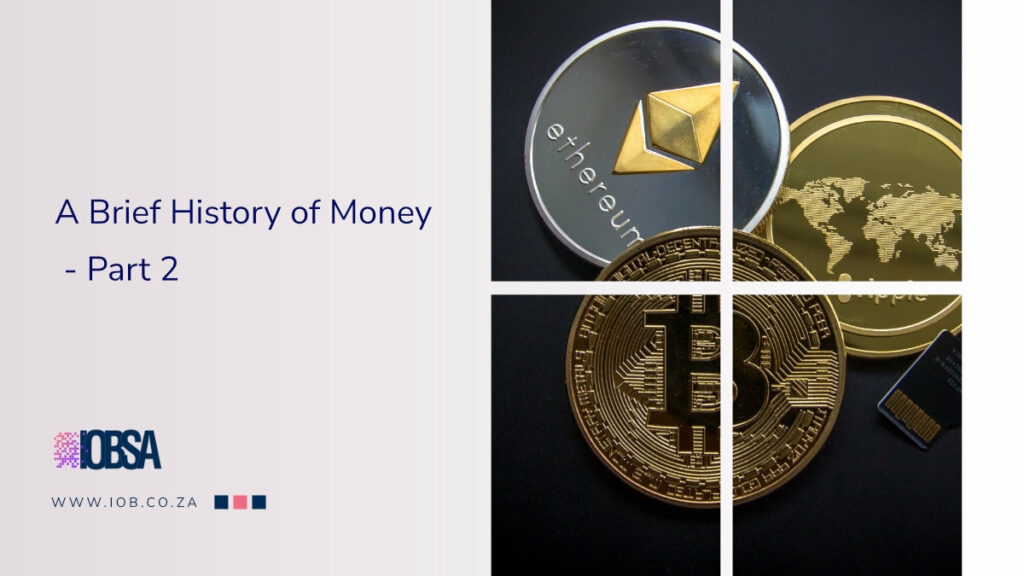 The history of money is a long and fascinating tale. We explore some of the later developments

China introduced paper money during the reign of Emperor Zhengzong between 997–1022 CE. This currency was made from the bark of mulberry trees.

Paper money became a widely used form of currency during the 18th and 19th centuries and continues to this day.

While the earliest forms of paper currency were actually promissory notes promising payment in gold or silver, these later became actual currency.

It is the use of paper currency and promissory notes in place of gold and silver that would lead to the development of banks.

The Value of Money: The Gold Standard

In 1821, the United Kingdom introduced the Gold Standard. This was the solution to one of the problems of money where money is issued by decree (fiat) and governments are able to print as much money as they see fit.

The problem with fiat money being the fact that it has no intrinsic value and thus by tying it to the value of gold a measure of trust and value can be reintroduced.

Before the Gold Standard money could be created by governments to such a degree as to make it worthless.

Plastic Money: The Magnetism of Money

This was not of course the first time credit became available as credit is something that has been around for a very long time.

Since that time credit cards evolved into plastic cards and later IBM added a magnetic strip which could hold information and made authorization much easier.

Today’s credit and debit cards now have EMV chips embedded which are replacing the old magstripes. EMV stands for Europay, Mastercard and Visa the three companies the created this new standard.

Digital Money: The Rise of Cryptocurrency

With the rise of the Internet and a Digital Age it was just a matter of time before a digital currency would be created. In 2009 Bitcoin was created by an anonymous computer programmer or group of programmers known as Satoshi Nakamoto.

Bitcoin is not regulated or issued by a central bank. Transactions are recorded across a decentralized network of computers and users of Bitcoin are anonymous except for their digital wallet ID.

Numerous digital currencies known as cryptocurrency have been developed since which include Ethereum, Monero, Dogecoin, Nano, Ripple to name but a few.

The history of money is a long one spanning thousands of years. It is a fascinating history and certainly worth exploring in greater detail.

Whether your interest lies in 600 year old Chinese coins dug up in Kenya, the ever changing cryptocurrency landscape or the evolutionary chain in-between there is something of interest for everyone.

PrevPreviousWebinar: The Evolution of Skills Required in the Banking Industry
NextLion Coin Launched by the South African MintNext