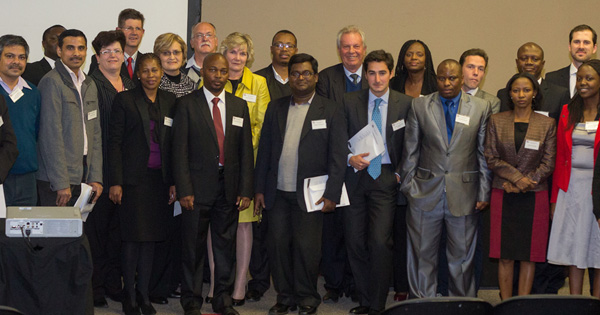 This notice of the Annual General Meeting is being distributed by electronic mail to all members of The Institute of Bankers in South Africa (IOBSA).

Please note that registration will start at 17h00 and only active (paid-up) members will be entitled to vote.

Considering and, if deemed fit, passing, with or without modification, ordinary resolution 1 to 6 below each of which resolution requires the support of a simple majority of members in attendance (that is, 50% + 1) of the votes exercised by members in respect of each resolution to be adopted.

To resolve that the notice of the Annual General Manager be taken as read.

To accept the IOBSA’s audited annual financial statements for the year ended 31 December 2015, including the reports of the directors and auditor thereon.

To receive the report by the Chairman of the activities of the IOBSA since the AGM in 2015.

To consider and elect/re-elect the candidates to serve as Executive Directors on the IOBSA Board for the ensuing year.

To transact such other business as may be transacted at an Annual General Meeting . This includes any matter relating to the IOBSA and provided such is addressed to the Chairman at and received in writing by no later than 28 July 2016.

Members are entitled to appoint a proxy to attend, speak and vote on a poll on their behalf. Proxy forms are available from the IOBSA office on request.

Completed proxy forms must be forwarded to reach the Chairman by no later than 48 hours before the Annual General Meeting at the IOBSA offices, 1st Floor, 23 Fricker Road, Illovo, Sandton, or via email to .

‘By order of the Board’

Chairman of the Board

The following members have been nominated as Executive directors for the coming year: 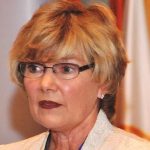 “My passion is organisational development, service and education. I believe in providing the best service and always being available to assist clients with queries or providing information. I am driven to constantly review the role and value of an organisation to ensure it is relevant to the times and its clients.”

Jalda obtained her teaching degree and initially worked as a  senior primary teacher.  She joined the Institute of Bankers in South Africa in 1982 first as the Education Manager and from 1992 to 2003 as the Chief Executive.

She left the corporate world becoming a Director and broker in a small insurance practice and then establishing a small recycling service company in Hazyview which was relocated to Johannesburg in 2008 and eventually sold.

In 2010 she joined Financial Future Planners CC as a business partner and as the Practice Manager. Jalda is FAIS compliant having completed the RE5 for Intermediaries and RE1 for Key Individual exams and previously having completed the RFP 1 and 2 examinations. She is also a Registered Representative for FFP.

She also obtained the MDP through Unisa Business School and is currently studying a financial planning qualification.

She was invited to join a group of members who were keen to prevent the Institute of Bankers from closure in 2012. When the new Directors were elected by the members in 2012 she was elected as a Director when the members elected a new Board in August 2012 and was appointed as Chairman, a position she still holds. The Institute has continued on an upward trajectory since 2012 and has again becoming financially independent.

She is married with two adult children 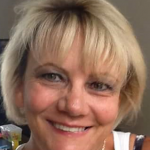 Marietjie Ferreira has more than 30 years of general banking experience in Sales, Product Credit and HR, having held roles in both Corporate banking as well as Retail and the Business Bank.

Marietjie  is an extremely goal and task oriented individual who is decisive  and drives results.  She is highly passionate, collaborates effectively, leads by example and can be trusted to deliver to her commitments. 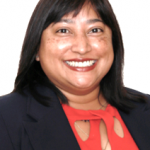 Partnering closely with CEOs and Business Executives, setting and executing HR strategy which is aligned to the business, Sharmila can be described as an experienced, commercially aware HR Professional, with a proven track record in strategic HR and project management, change management, policy development and implementation within the financial sector, both locally and globally.  Sitting at both Board and Executive Committee level, she is a positive communicator whose key strengths are an organised and strategic approach to HR management and development coupled with successful project management and negotiation skills resulting in efficient solutions for the organisation.

She has spent a significant portion of her working life in the financial services industry, both locally and abroad, which has given her exposure to working across both Europe and Africa.  She has worked for companies such as ABN AMRO bank/ Royal Bank of Scotland, Citi Bank, Standard Bank and most recently HSBC Bank.

Currently Sharmila is the HR Head for HSBC Africa. In this role, she manages the end-to-end HR function with a team and aligning the Global HR strategy with the country specific requirements. Sharmila represents HSBC Sub Saharan Africa in the International HR Leadership Team.

She is a member of the Chartered Institute of Personnel Development (UK) CIPD, a Master level HR Professional with South African Board of People Practices, a Fellow with the Institute of Bankers and a member of The Institute of Directors of SA. She is also Board member for the Director for Institute of Bankers, HSBC Securities and a trustee of the Endangered Wildlife Trust. Additionally she has sat as an advisory board member for the IRR Africa HR Summit and Universum. In 2016, Sharmila has been requested to be one the judges at the Rising Star Awards which has been established for the purposes of recognising, celebrating and connecting young talented people who have a capacity for achievement and success and who contribute in an inspirational manner to the future of our nation.

In Shamila’s own words “ My passion is People”. 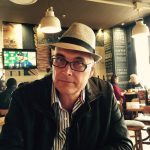 Derek Shirley has been in the banking sector since 1990.

His focus has been using his professional and sector skills in improving sales, service and other aspects of human performance in banking.

In particular he has built his career on understanding what underpins and drives banking customer value and the performance of bankers, and on using that understanding to develop banking workforces through learning interventions that produce better business results in today’s risky, ever-changing, and highly regulated banking environment.

Derek is the holder of a doctorate in psychology and was previously a previous senior manager in one of South Africa’s biggest banks.  He is a co-founder of Cornerstone Performance Solutions, a trusted partner of many banks in large-scale performance-led learning and development projects.

(Independent)- appointed during the year, current Director, is available for re-election

Geoff started a career in banking as an administrative filing clerk in 1989 obtaining banking related qualifications including the Certificate in Banking, Banking Licentiate Diploma, Credit Diploma, and Diploma in Treasury Management and Trade Finance culminating in the professional designation CAIB (SA) in 1997. Geoff was awarded the FIBSA professional designation in 2013.

Geoff left formal banking employment as a Commercial Relationship Manager in 1999 embarking on a freelance facilitation career representing various private training providers to the banking industry including among others the Damelin School of Banking. This part of his career provided an opportunity to travel to and work in 14 countries in the sub-Saharan region exposing Geoff the banking industry outside of South Africa. In addition, during this time Geoff procured, funded and managed a franchise retail outlet. Geoff completed the Post Graduate Diploma in Business Administration (with distinction) at the end of 2013 and graduated with a Master in Business Administration (with distinction) in 2016.

Geoff is currently the Head of Academics at a private training provider focusing on the banking industry and was initially brought into the business to manage the existing pool of facilitators. The role evolved into managing the pool of facilitators and the assessments department, the provision of academic oversight and development of the organisations education strategy. Geoff also serves on the academic board of the Da Vinci Institute and is the Vice Chairman of the Milpark Business School Alumni Association. 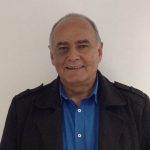 Isaac Mapulane holds a solid history in management and strategy, leadership, operations, finance, administration and sales, as well as a proven ability to provide solutions and alternatives best suited for clients, business needs and objectives. He spent more than 10 years of his career within the financial services industry, ranging from Relationship Manager, Area Manager as well a head position in various departments. He has strong analytical and planning skills, as well as the ability to create high performance teams. The quality of his work activities is backed by high energy for participation, productivity and efficient work habits. His ability to analyze needs and create unique solutions designed to yield a profitable outcome has proven to be one of his greatest assets. He does well at streamlining less-than-efficient processes. Proactive management of crucial external and internal relationships features prominently in his stakeholder agenda.

Isaac has added an MBA to his educational portfolio in the recent past, and is also busy with Advanced Management Diploma CIMA.